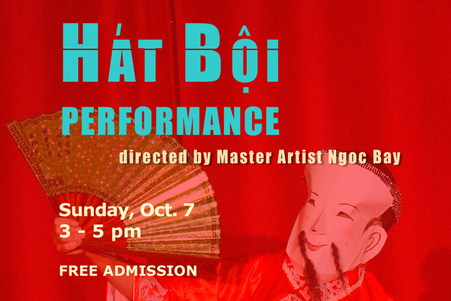 Hát Bội is similar to Chinese opera. It was imported from China to Vietnam in the 13th century. The performing art was then transformed into a unique Vietnamese drama and musical theater that became very popular and well received by the royal courts. The music, dances, and even the make-up are different from the Chinese opera. Since the dawn of the 20th century, Hát Bội as an art form has been slowly fading because of competition from Cải Lương (a Southern Vietnam traditional drama and music theatre with more contemporary themes), and much later, the cinema.